Nagpur, 27 June (HS):- Maharashtra Chief Minister Uddhav Thackeray was stopped from tendering resignations by senior leaders in Maha Vikas Aghadi (MVA). A majority of them were from the Nationalist Congress Party. The move was obvious as a large number of decisions were taken during a short period of four days.

As the collapse of the MVA government was obvious, frustrated CM Thackeray wanted to resign on June 21 and again on June 22. Thackeray was irritated by the Shiv Sena's split immediately after voting for ten Legislative Council seats ended on June 20. He addressed the people of the state and shifted from his official residence to his home.

The Shiv Sena rebels, led by Eknath Shinde, demanded severing relations with MVA partners, the Nationalist Congress Party and Congress. Shinde demanded a fresh alliance with the Bharatiya Janata Party (BJP) with its leader, Devendra Fadnavis, as the Chief Minister. Thackeray would have resigned on the same day when a group rebelled against him. However, the NCP and Congress stalled his move. Immediately, the ministers from these two parties started taking decisions and issuing GRs (Government Resolutions). Within three days, more than 280 GRs were issued, anticipating the collapse of the government, which was in the minority. Shinde received the support of more than two-thirds of the Shiv Sena MLAs, leaving the Thackery-led party in the minority. The ignominy of being forced to vacate the post of Chief Minister frustrated Thackeray and a small number of his supporters in the government. Uddhav’s son Aditya also removed the status as minister from his biodata and other posts on social media.

Bharatiya Janata Party leaders have appealed to the Governor to intervene and stop the minority MVA government from taking decisions and issuing orders on important issues.

The frustrated rulers then approached the Deputy Speaker and got a notice to 16 MLAs from the Shinde group, threatening their disqualification as MLAs. The Supreme Court nullified the move on Monday.

Following the decision of the Supreme Court, demonstrations of supporters of both the groups started across the state. 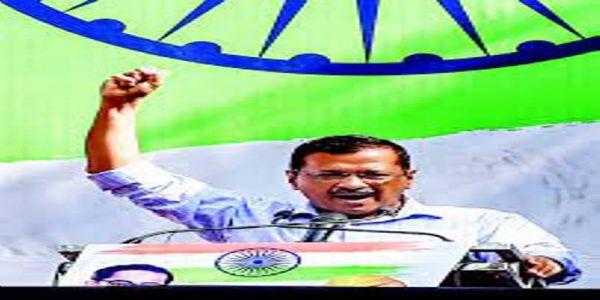 Kejriwal launches Made in India No. 1 campaign